This production film depicts young workers heroically contributing to the construction of a modern power plant in Jaworzno. Visually impressive, it builds its dramatic tension along the themes of men fighting against time and nature.

This production film depicts young workers heroically contributing to the construction of a modern power plant in Jaworzno. Visually impressive, it builds its dramatic tension along the themes of men fighting against time and nature.

Kozicka opens with routine footage from the construction site that is followed by frames of men coming to work. Soon, the camera tilts to reveal the magnitude of the plant in construction.

Written by a renowned screenwriter, Aleksander Ścibor-Rylski (1928-1983) and read by Andrzej Łapicki (1924-2012), the narrator’s commentary briefly introduces some of the workers: Alojz Chłopek and Gustaw Kołodziej. Their last names, which translate as ‘Peasant’ and ‘Wheelwright’ seem to have been carefully chosen to suggest country villages as the place of these men’s origin.

As soon as they arrive at the site, these unqualified migrants embrace their new roles in urbanising the country. If needed, they are ready to stay after hours or even overnight. Łapicki comments: ‘They think about the site with the same care they would think about their homes… This well-co-ordinated collective truly deserves to be named after Joseph Stalin’.

Full of such blatant propaganda tones, the film later engages the viewer with its storyline. After a few months, the eponymous brigade encounters serious obstacles with winter freeze and a snowfall much larger than expected.

To the accompaniment of Łapicki’s cheer, they work in the blizzard as if they were on a battlefield. The heights, the cold, the long hours are only an opportunity to prove that under Communism the impossible becomes possible.

Ultimately, the workers win against all the odds. Kozicka credits this Communist triumph to these men’s admirable work ethic. However, they don’t rest on laurels. Having been harshly baptised on this battlefield of industrialisation, they move on to participate in yet another power plant construction.

These men stand for each and every worker in the country. Showing ‘the new positive hero’ who appears patriotic, forward thinking, active and devoted was the standard practice in agit posters and production films.

On the one hand, with some observational footage and a few re-enacted shots that added detailed close-ups to the otherwise schematic modernist story, The Storming Brigade is a well-structured piece of Communist high drama. On the other hand, unlike elsewhere, here the hardships of the workers become visible to the viewer.

Unintentionally, Kozicka reveals brutal working conditions and unreasonable expectations of the Party leaders, who asked workers to prioritise their jobs over any other aspect of their lives. In the film, there is no space for personal happiness, not a single glimpse of domestic comfort or leisure.

The new Communist hero becomes a small cog in the machine. In long shots, tiny human figures appear against the backdrop of monstrous chimneys. The technology and the regime seem monumental. In comparison, the little workers resemble ants or microbes. Shifting between long shots and close-ups, with the latter the camera mimics a microscope allowing us to see details that are invisible to the system.

Unlike in other socialist realist documentaries, in The Storming Brigade, the smiles of the workers fade under the shadow of the chimneys. People matter no more than their physical effort. It is only the voice-over that tries to convince us otherwise. 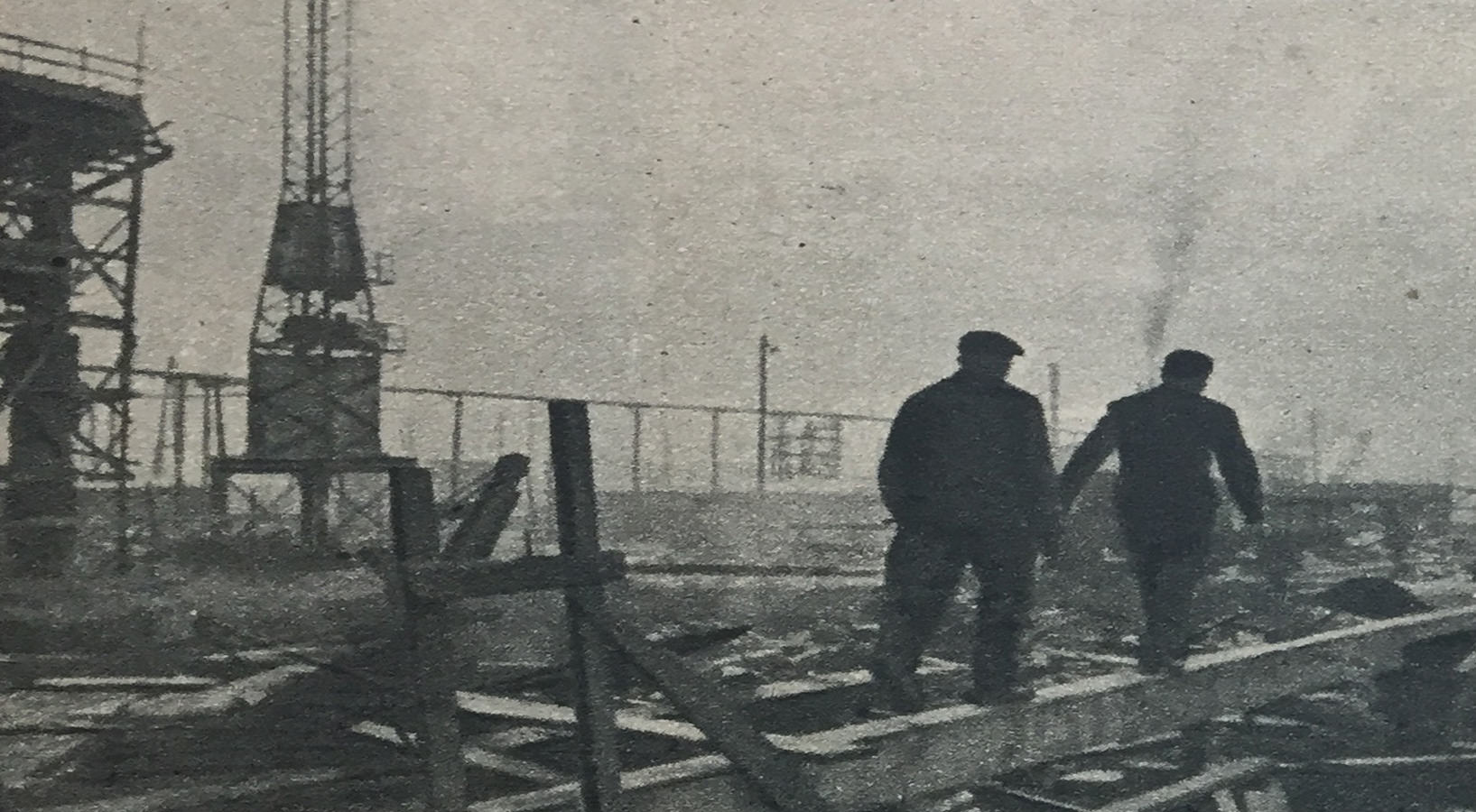